The Future of American Sportswear 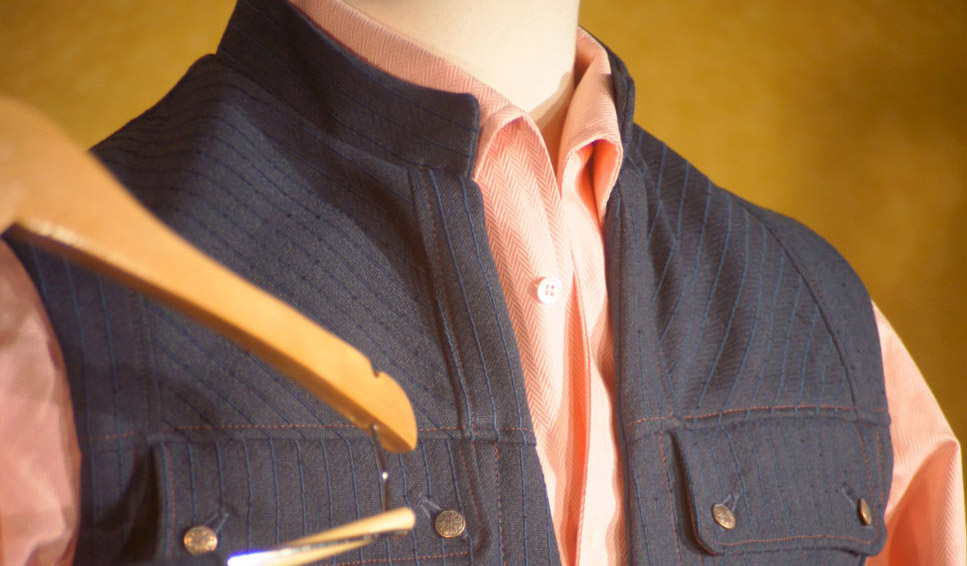 In the United States, we tend to call the best business and formal looks and fits “European” or “Italian” or “British,”–sometimes for good reason, and sometimes merely as a shorthand for saying that a look is “good” or “exciting” or somehow intangibly different from the basic relaxed New England look that we are used to seeing in the shops. 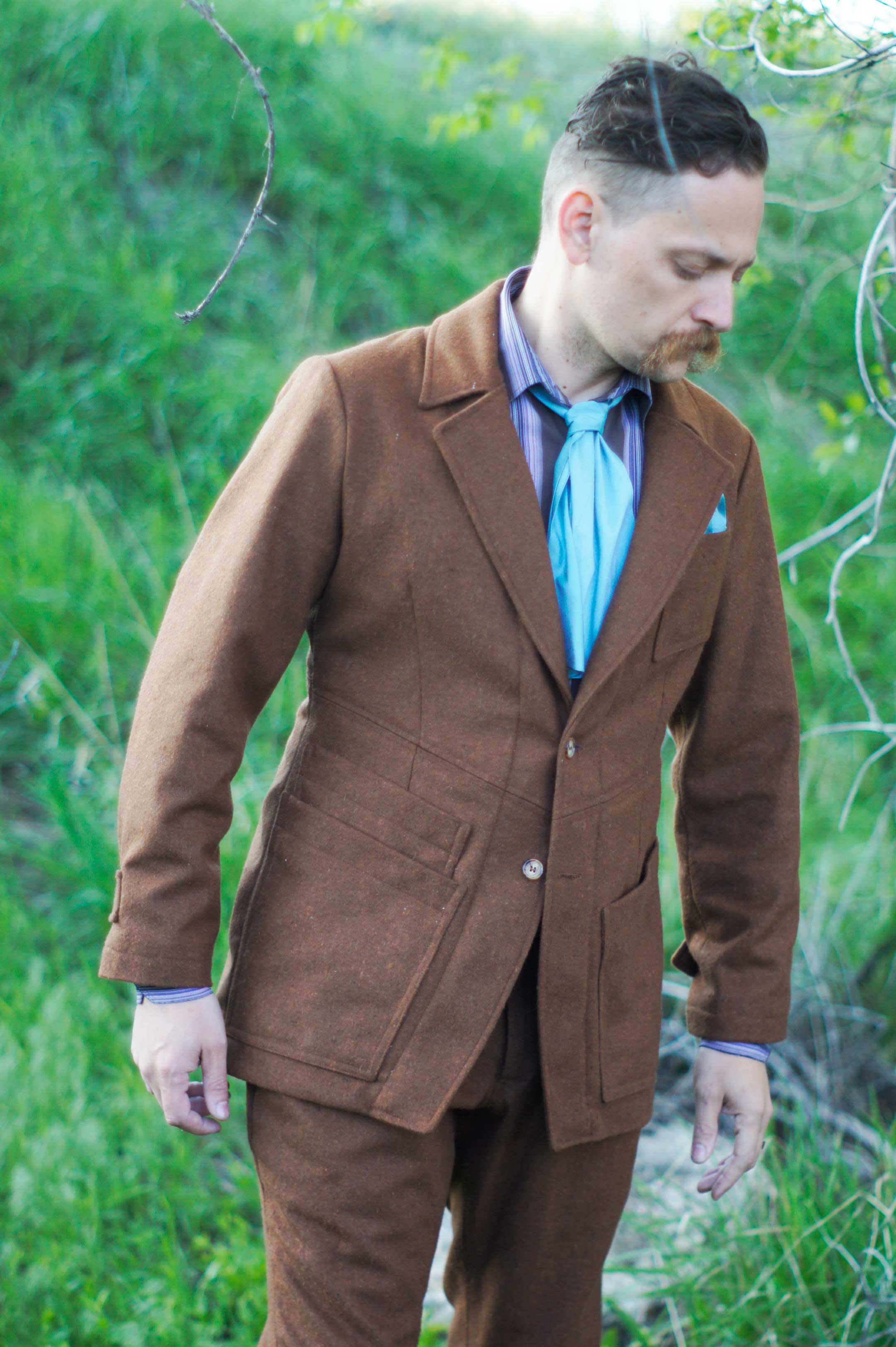 But if there is one area of tailoring that is truly American, it is sportswear.

To a certain extent, we inherited our love and notions of “sports” from the British. But sport always meant something a bit different to Americans than it did to the Brits.

To the Brits “sport” centered around the country estate and the hunt—activities that one would do as a gentleman of leisure when outside of the city.

For Americans, this idea of sport was quickly eclipsed by the idea of strenuous activities that one did often for the sake of health and entertainment.

The tennis court, the golf course, the beach. Sailing, skiing, riding, fishing and even flying.

In the late 19th and early 20th centuries men wore sport jackets for all of these activities.

Jackets with “action backs” to allow for a freedom of movement.

Jackets with throat latches to keep out the cold.

Jackets from linen for the heat and sweat or from waxed cotton to keep out the rain.

The ideal man was not a man of leisure but a man of activity who needed to be ready for anything!

Suits made from matched cloth were replaced by separates.

A jacket in one fabric, and a pant in another. Plaids, houndstooths, herringbones.

Eventually sportswear evolved into our basic everyday casual clothing. And in the late 20th Century came to mean nothing more than  jeans and a t-shirt. 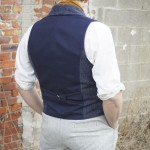 But now, when more and more men are trying to dress up and look good, an older, more authentic vision of sportswear has become relevant again.

We want to dress better.  But we don’t want to be limited by the way that we dress.

We want durable fabrics that we can wear anywhere. 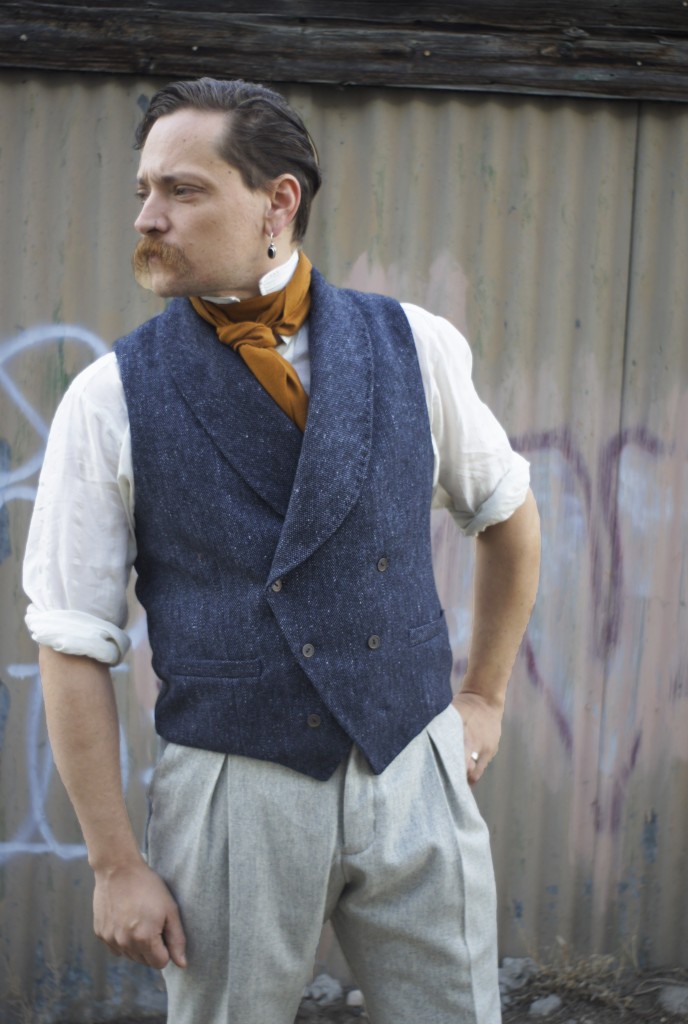 We want a full range of movement so that we can drive, throw a ball, or put away a bottle on the top shelf.

Most of all, an American aesthetic is about not being constrained. 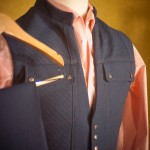 We buy big trucks instead of little cars, so that we can (at least in our imaginations) drive a rocky road to a forlorn mountain cabin or pack up all of our belongings to move to a new town. Part of what Denver Bespoke and AJ Machete and Sons are about is a striving after an authentically American vision of tailoring.

We aren’t interested in recycling English and European fashions, either as a vision of James Bond or a British gent, or that perfectly spontaneous and romantic looking fellow at the Italian cafe.

We want something a bit more rugged.  Maybe a bit more

Something that fits in with the Rocky Mountains and the American West instead of the postcard version of a European capital.

So we call our suits “American Suits”.  But basically they are just suits for men who do things and who want to look good doing them.

All of our pieces our completely custom made.  And we are one of the few tailors anywhere who work in a sportswear aesthetic and can make any detail that you have seen anywhere.

So contact us with all of your questions and ideas. We would love to make something for you. 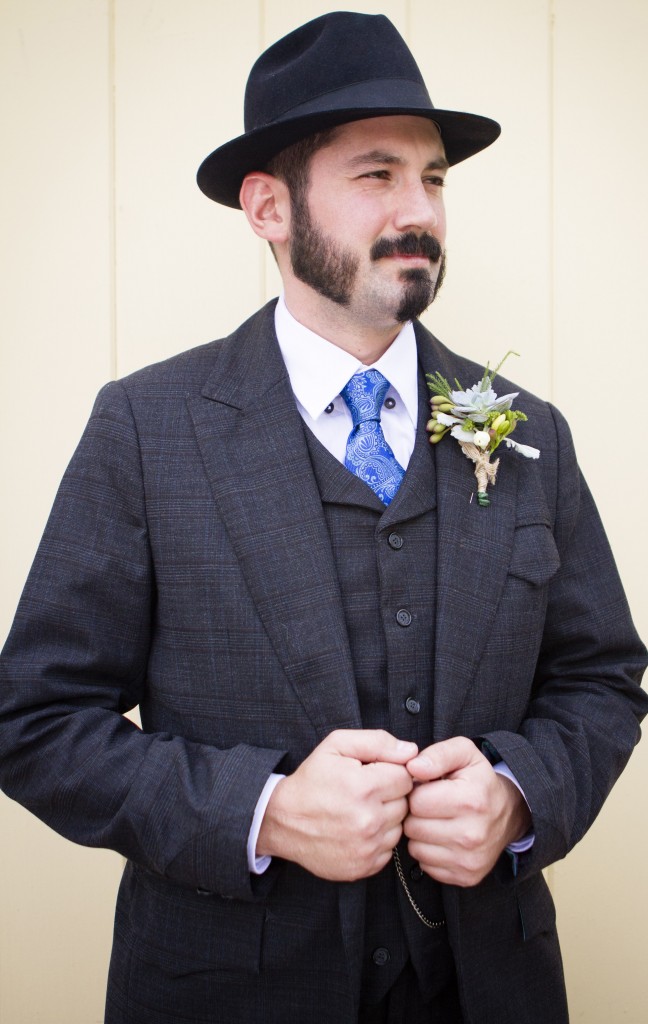 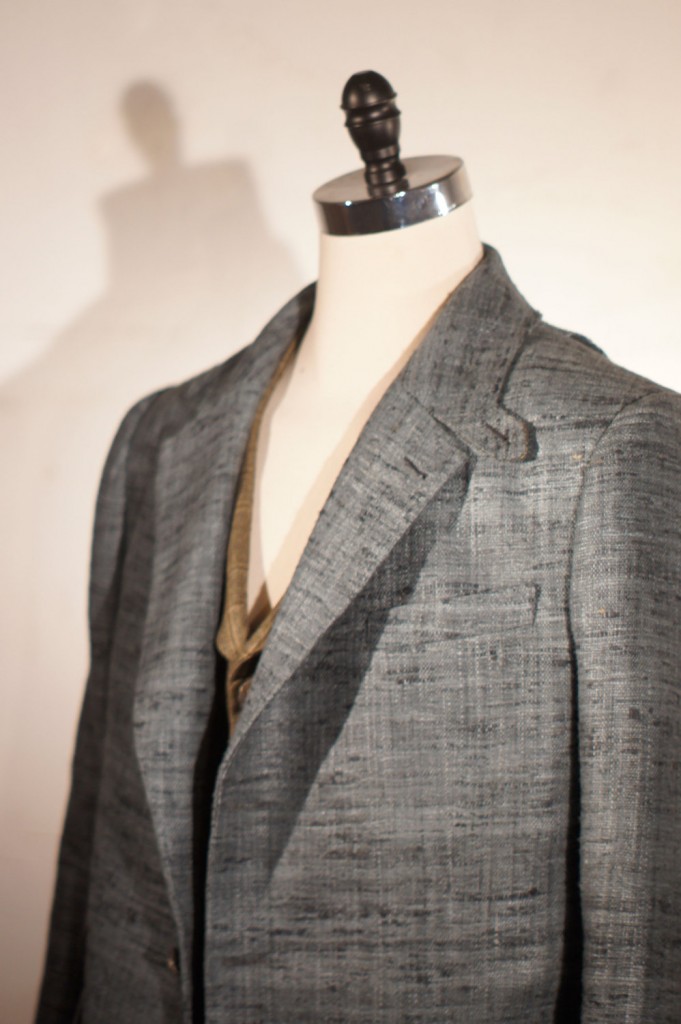 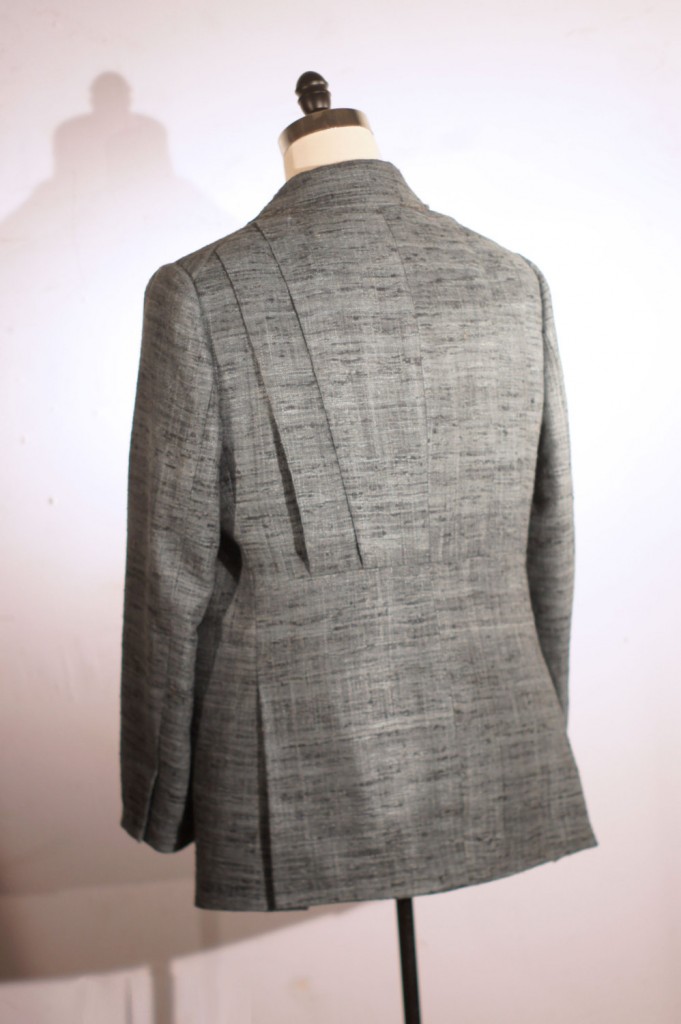 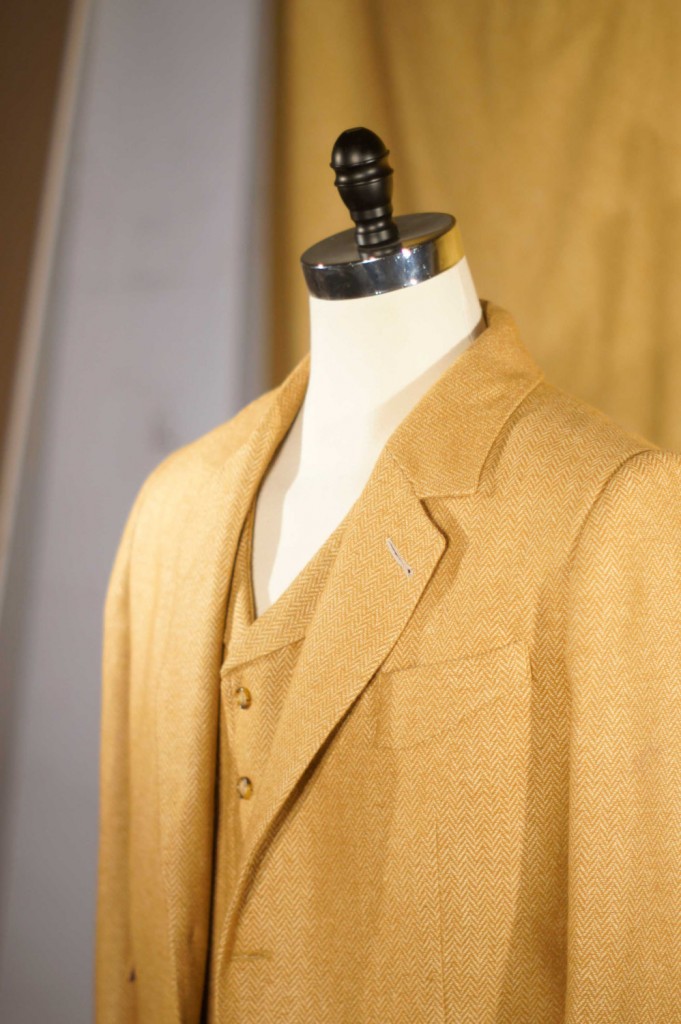 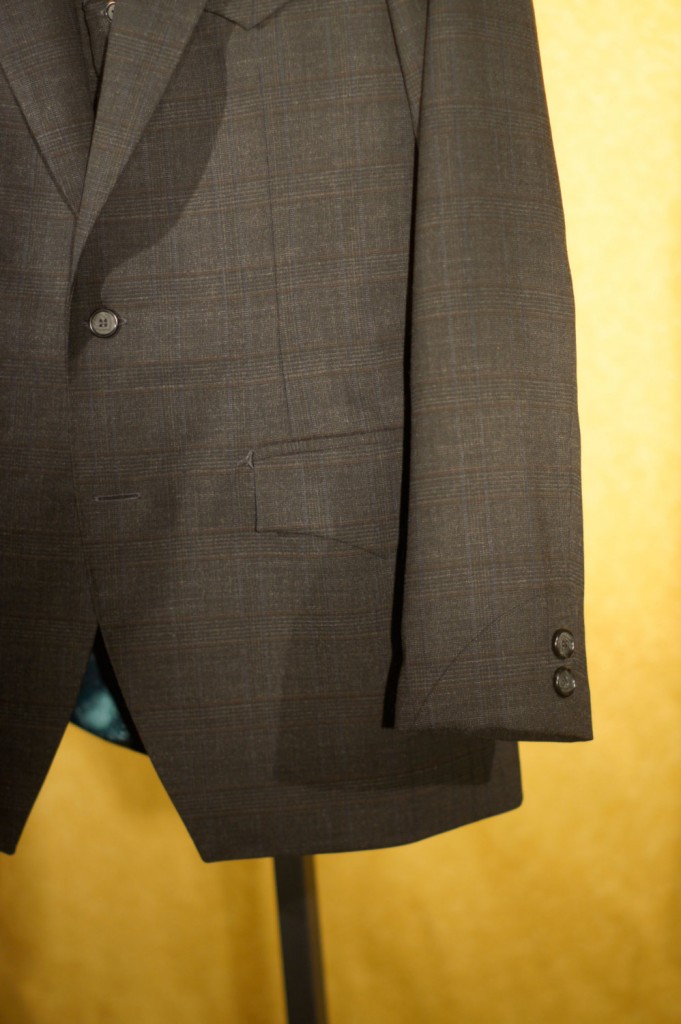 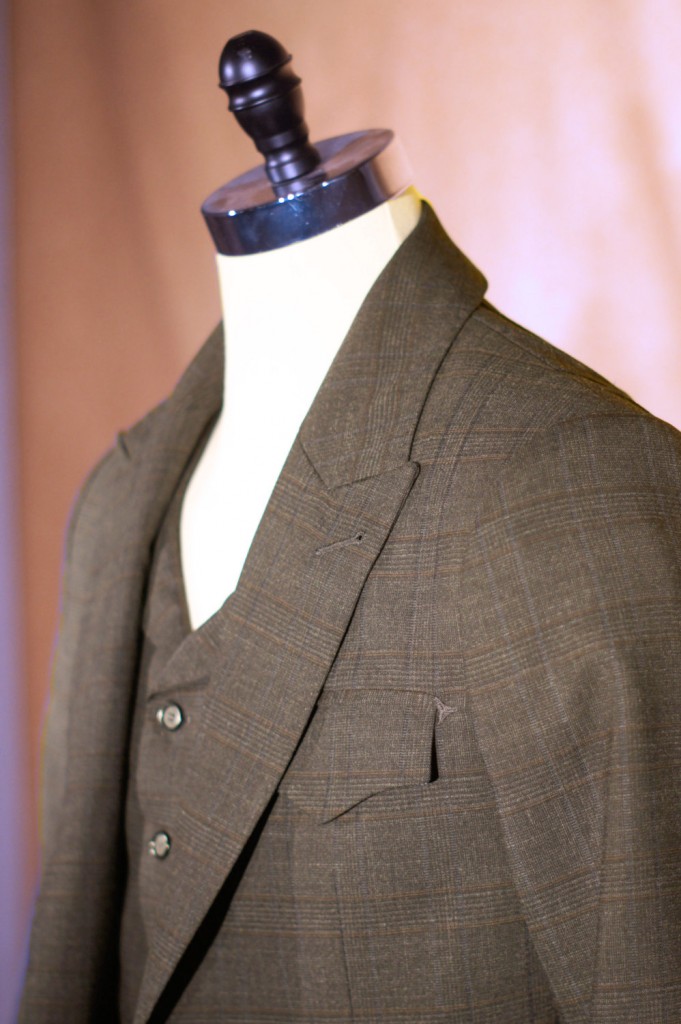 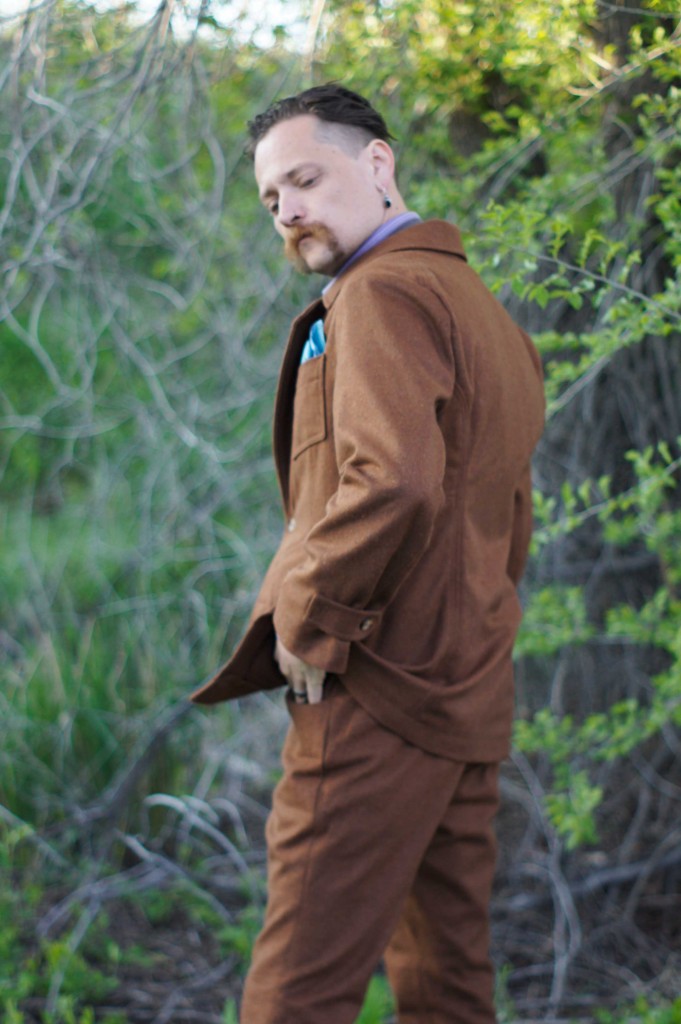 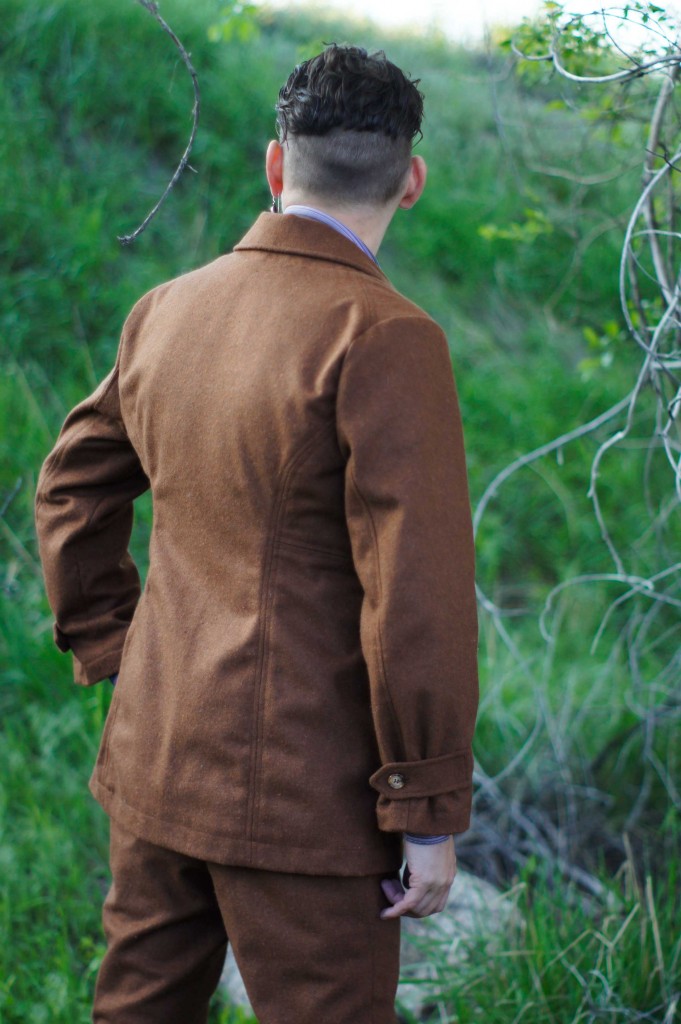 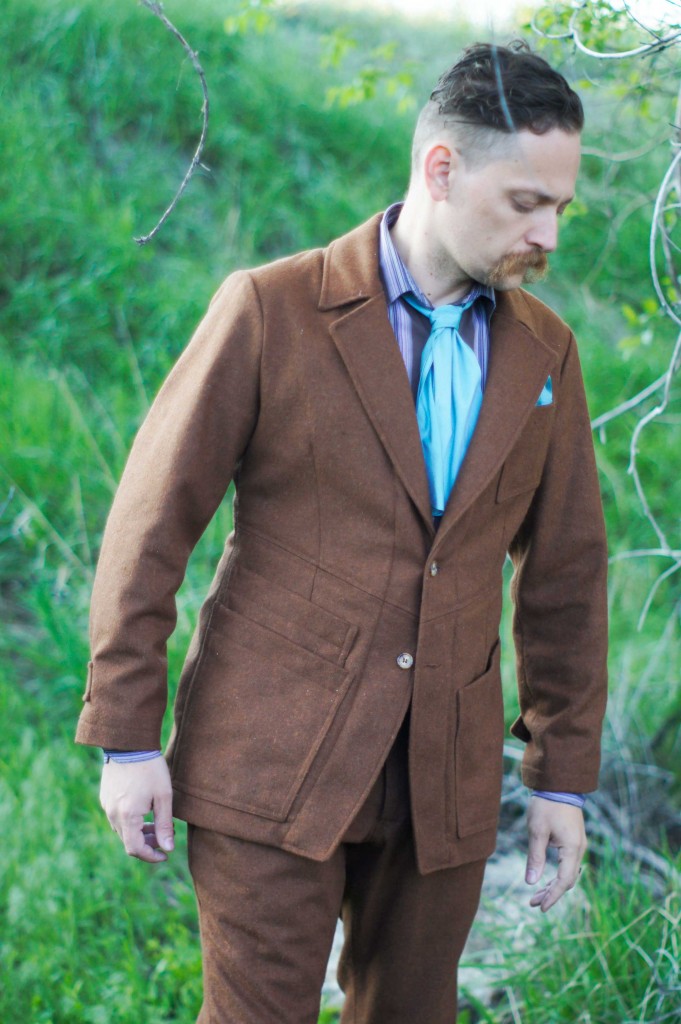 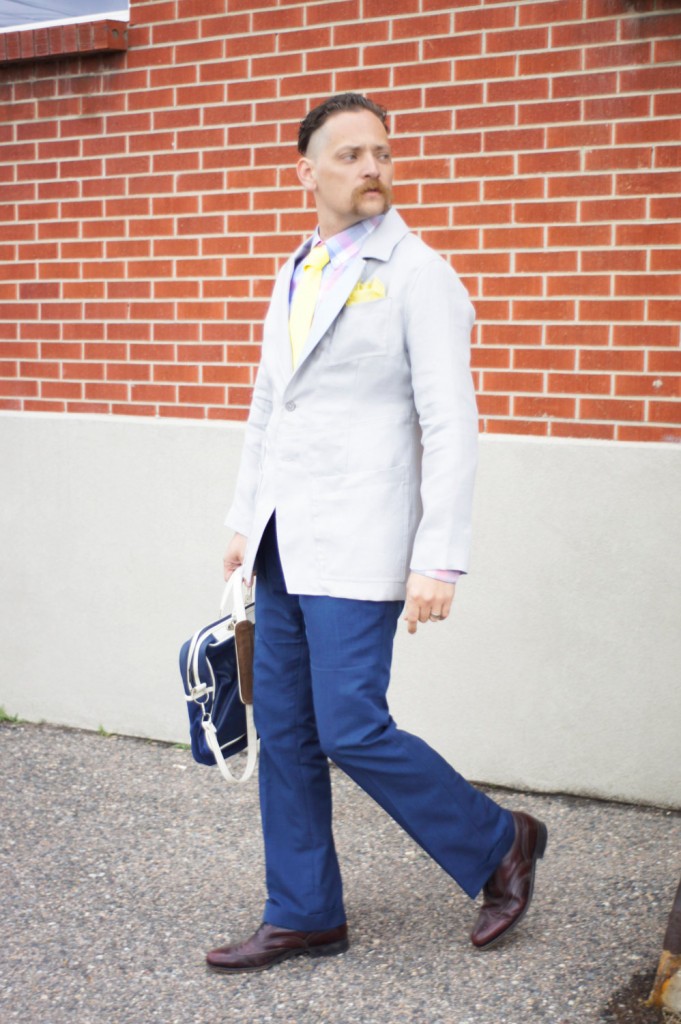 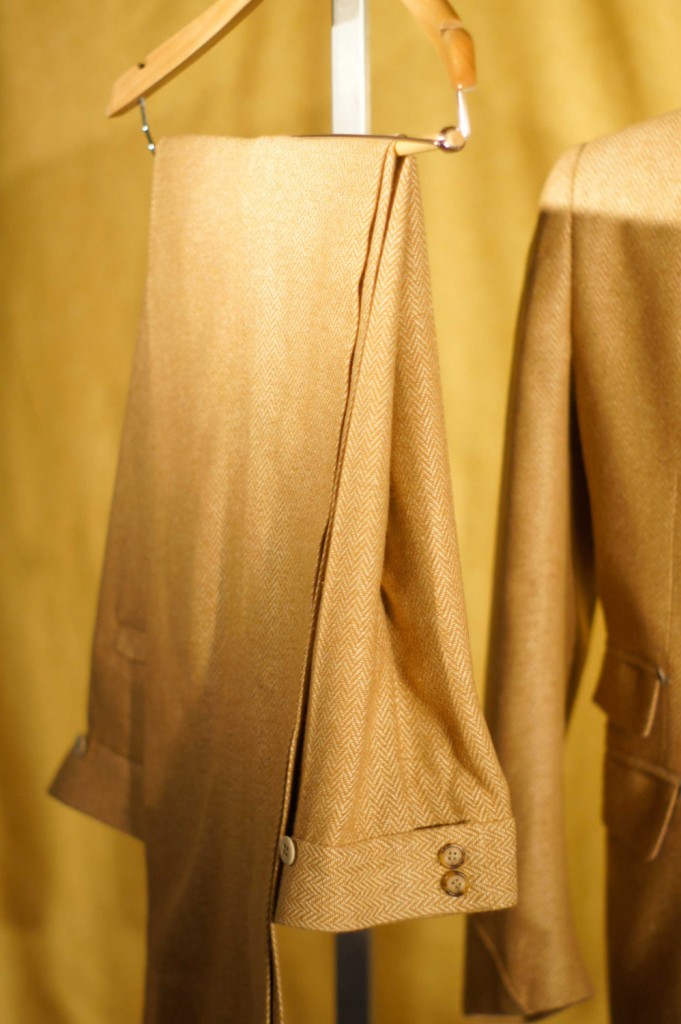 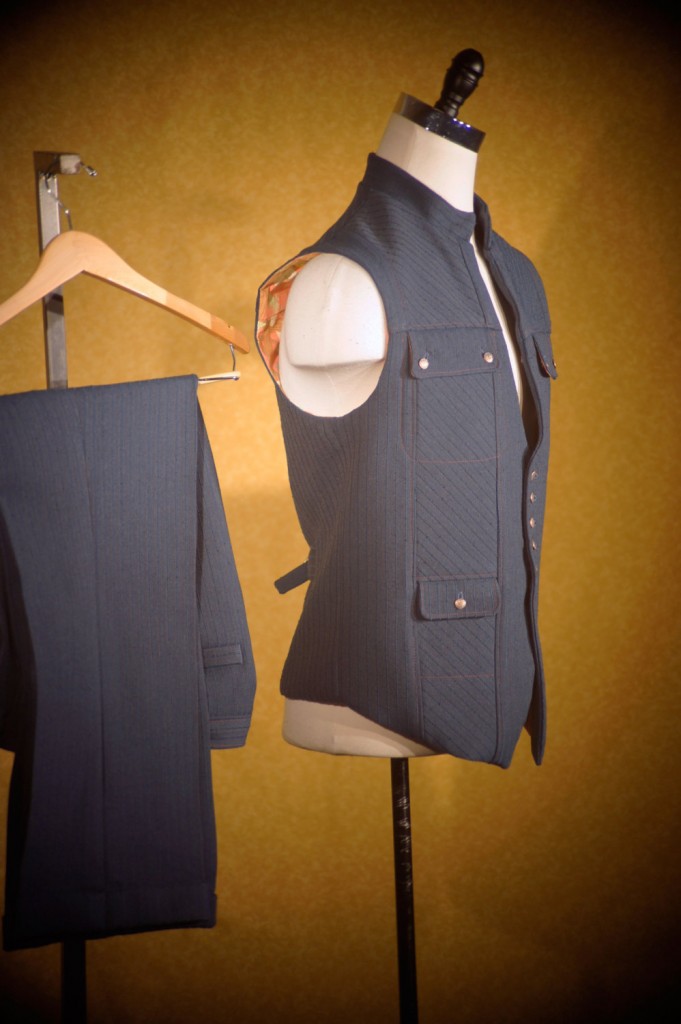 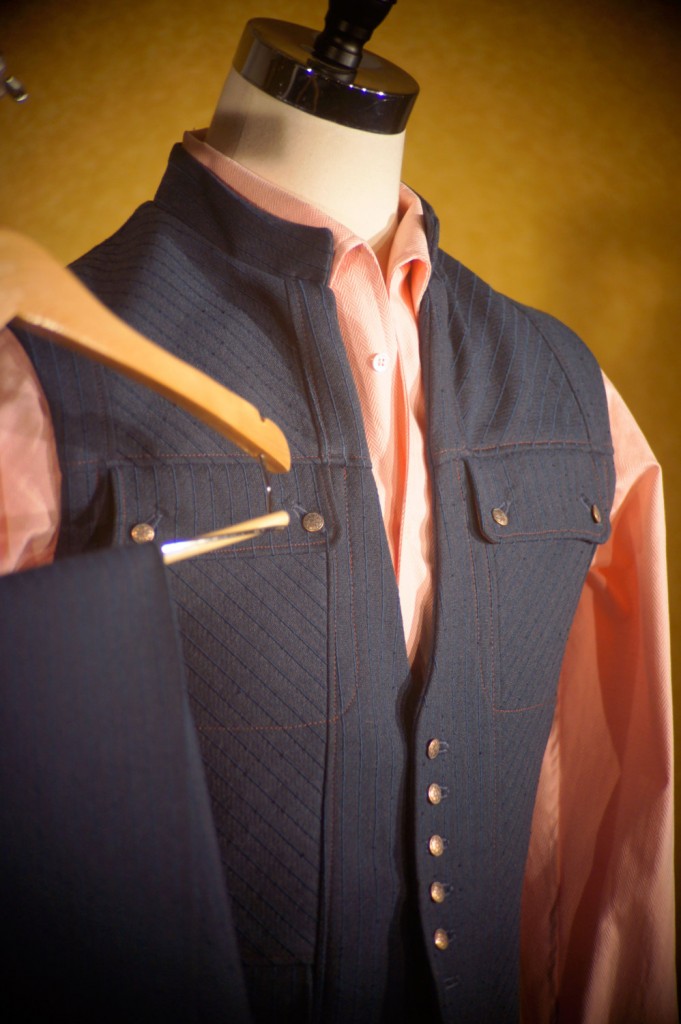 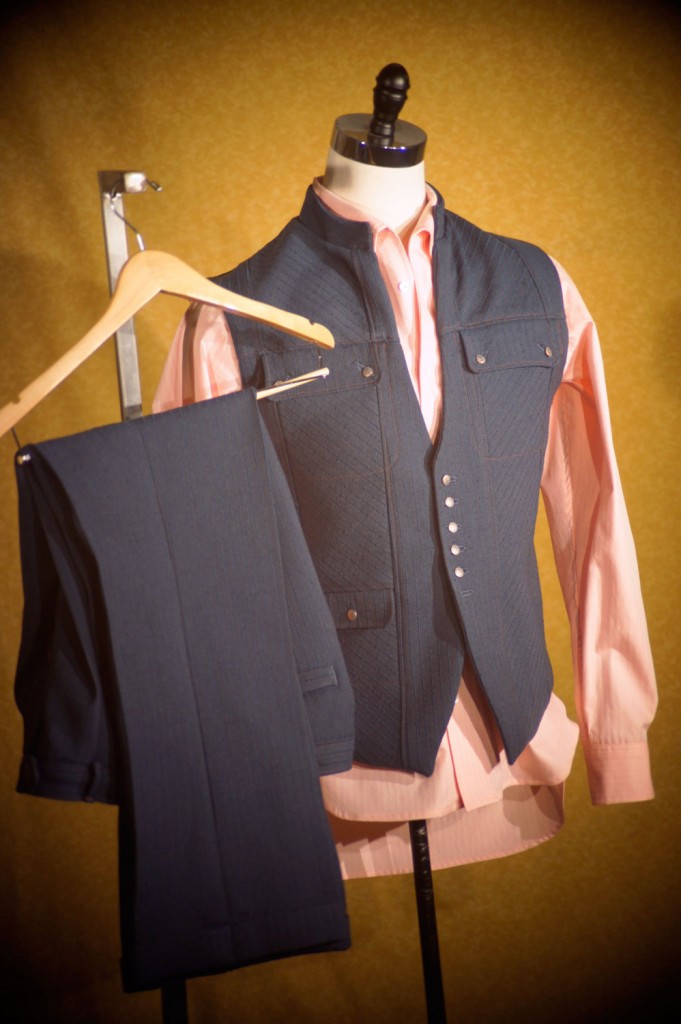 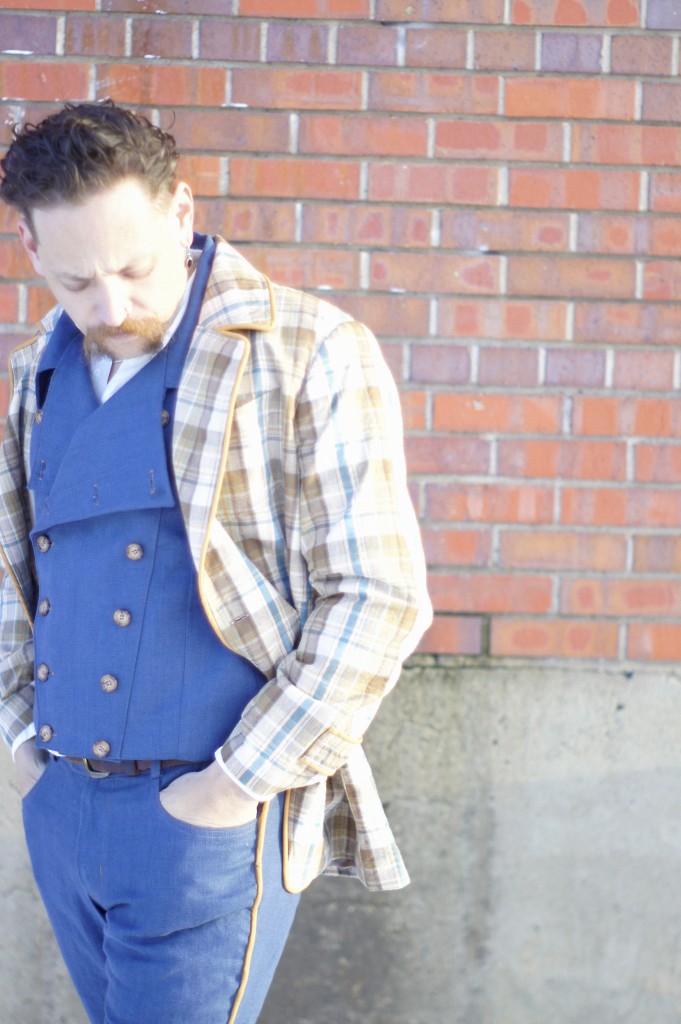 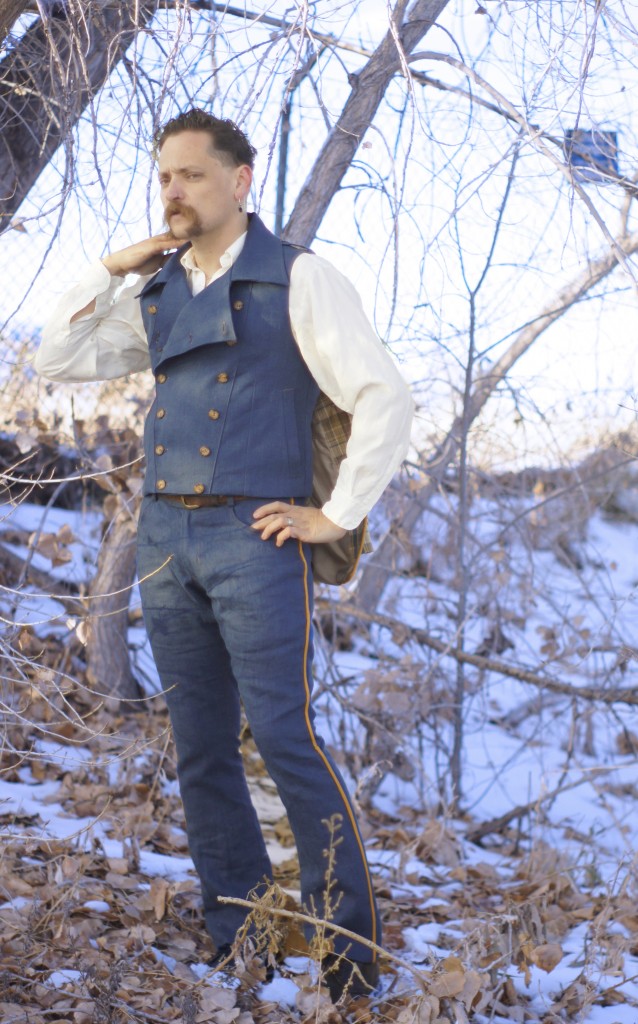 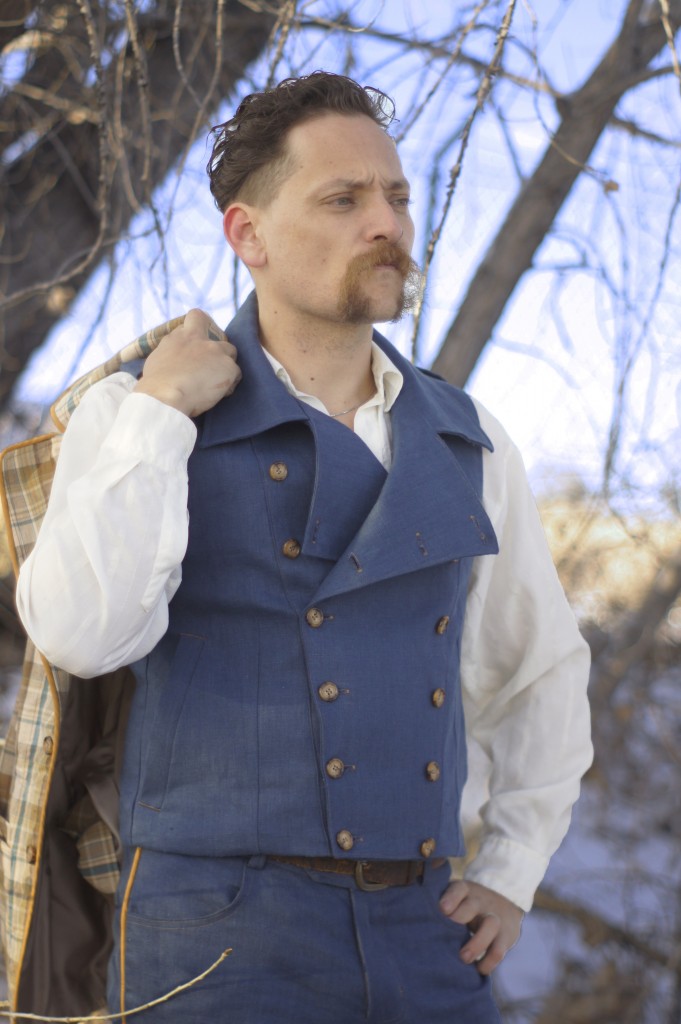 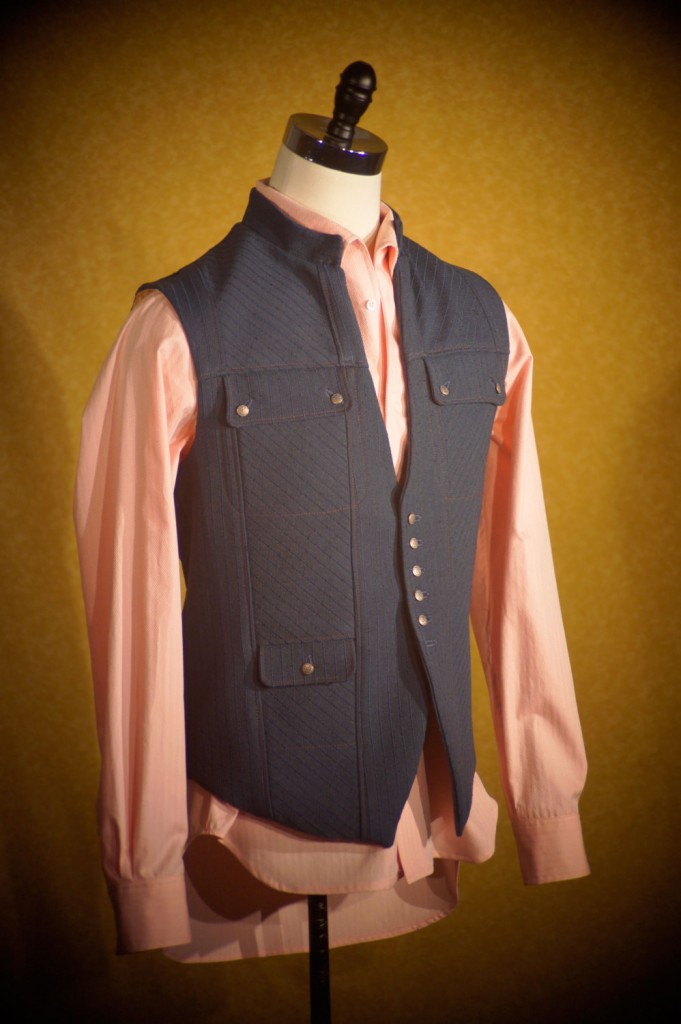 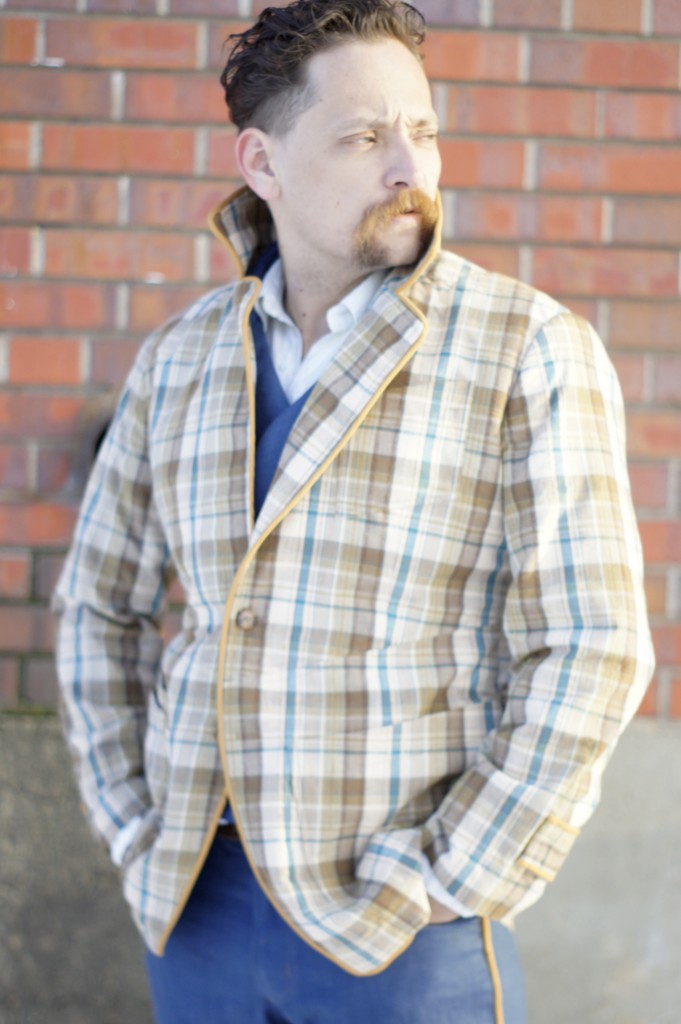 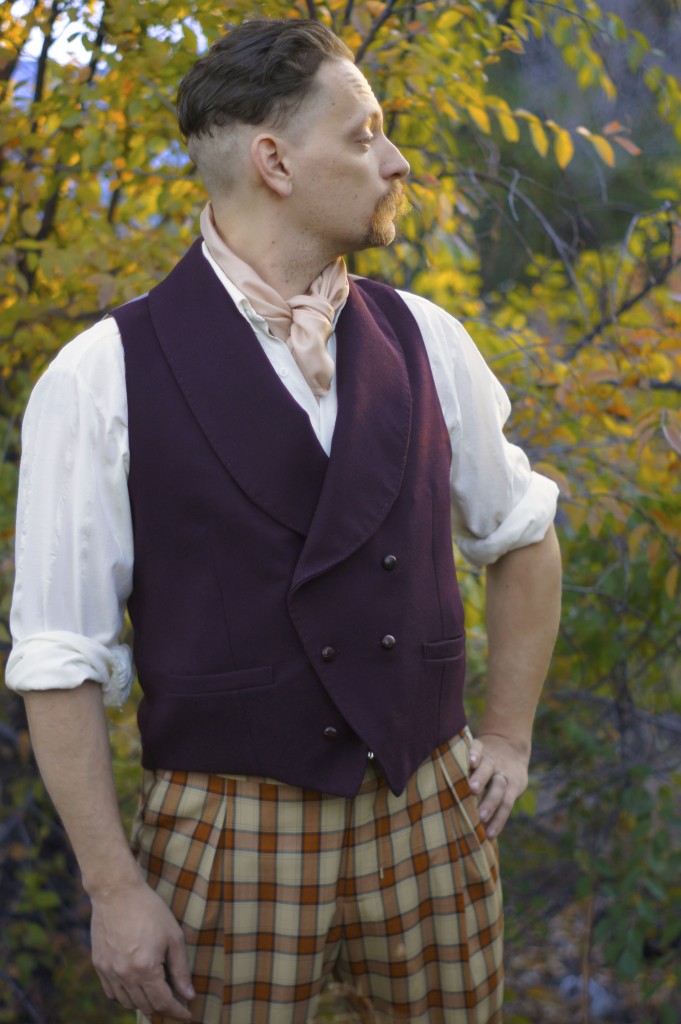 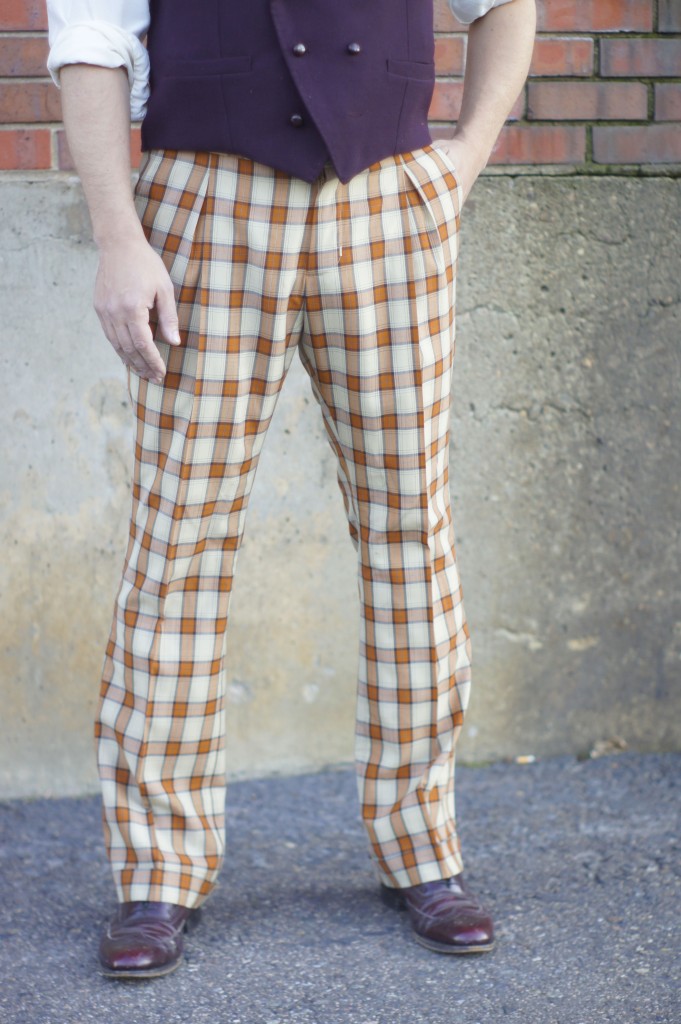 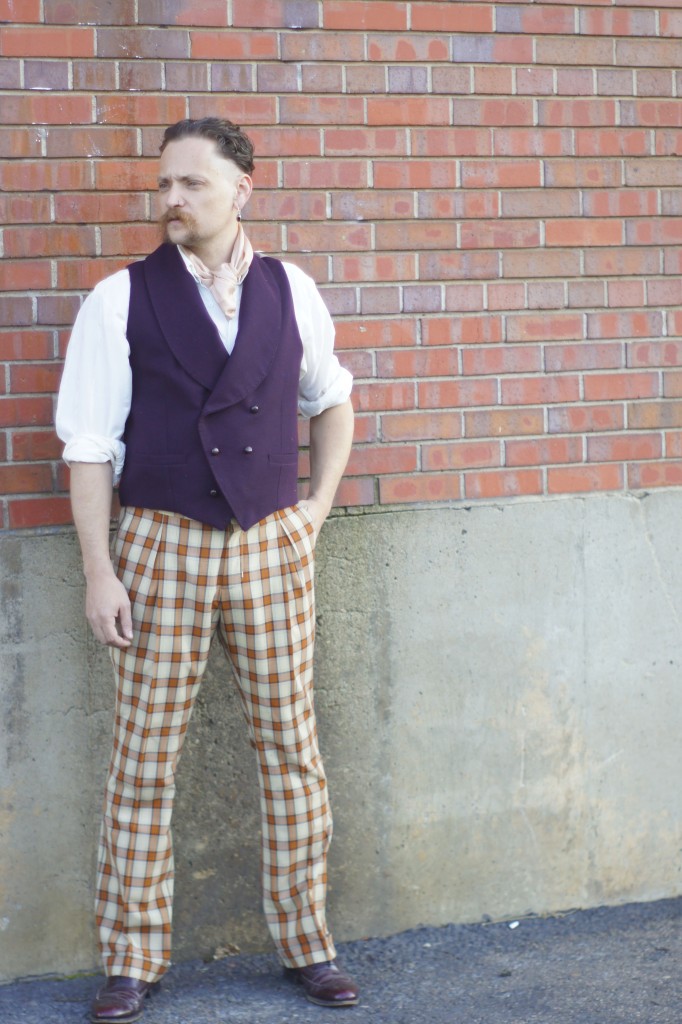 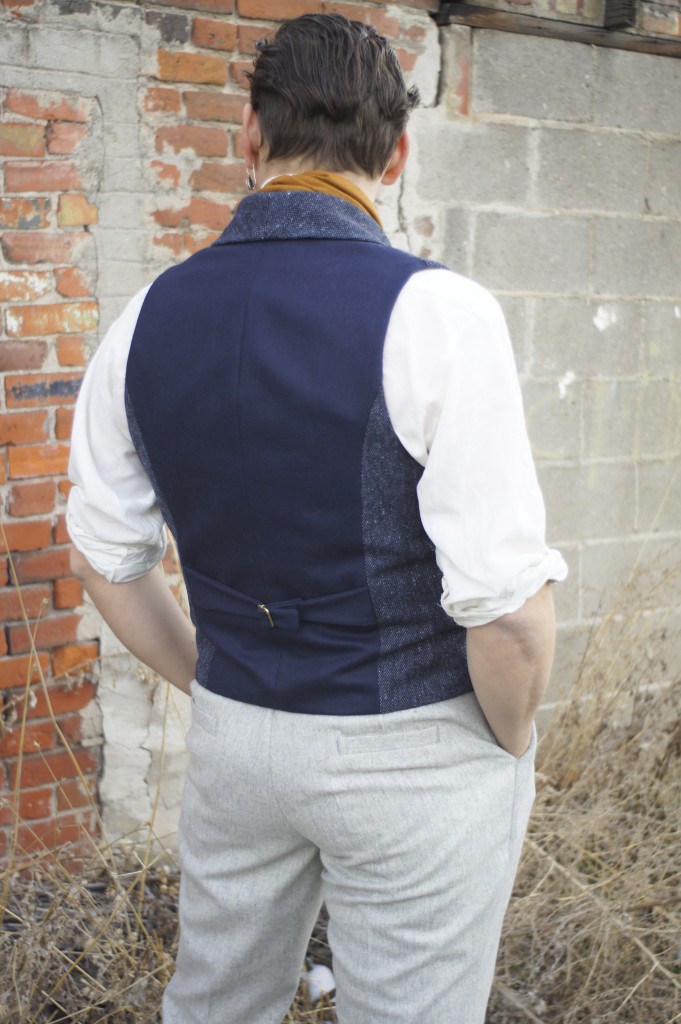 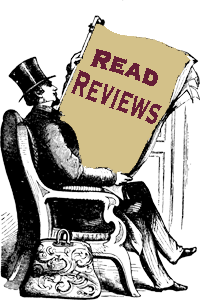